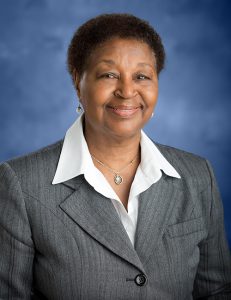 My journey with the Michigan Center for Urban African American Research (MCUAAAR) team began in 2002 after transferring from Washington University-St Louis and joining the University of Michigan School of Social Work (UMSSW) faculty. After joining the SSW faculty, the late James Jackson extended a warm welcome inviting me to affiliate with the Program for Research on Black Americans (PRBA) and the MCUAAAR. I affiliated primarily with the Community Core (CC) of the MCUAAAR located at Wayne State’s Institute of Gerontology (IOG). Activities of the CC were anchored in the Healthier Black Elders Center (HBEC) of the IOG. Peter Lichtenberg, Director of the IOG, welcomed me with open arms to IOG, the CC and HBEC.

Regarding my initial role and responsibilities, James suggested that I participate in the CC’s activities located in the IOG and attend the monthly MCUAAAR meeting that rotated between the IOG and ISR. I participated in the CC’s health education outreach offerings, an annual health reception with health screenings for older adults, and recruitment of older African Americans into a volunteer registry—all within the HBEC. The CC was an ideal place for me in the MCUAAAR. This core’s activities fit well with my social work background and my ongoing research with caregivers of older African Americans. I was especially thrilled about participating in a research initiative in which researchers engaged in a partnership with older African American Detroit residents.

Initially, in performing activities within the CC, I worked closely with Dr. Olivia Washington, Director of the CC and the HBEC. Olivia retired a few years after I affiliated with the MCUAAAR. Following Olivia’s departure, Dr. Carmen Green, a physician at the UM School of Medicine, became director of the HBEC.

Carmen and I served as co-directors of the CC. Besides my initial roles in the MCUAAAR I assumed the role of liaison between the MCUAAAR and other Resource Centers on Minority Aging (RMARs). I participated in a monthly call with researchers of RMARs in other parts of the U.S. and reported back to the MCUAAAR team about that call at the monthly MCUAAAR meeting. My liaison role breathed new life into my professional career, providing an opportunity to form collegial relationships with other RCMAR gerontologists and to serve as a co-editor of two RCMAR publications on minority aging.

My MCUAAAR journey ended in 2016 when I retired from an active faculty role in the UMSSW. I received strong mentoring and support from James and Peter during my MCUAAAR years that facilitated my involvement in two successful MCUAAAR grant renewals—totaling 10 years of grant funding for summer salaries. James was the first person to say to me that I should seek the full professor rank—five years before I applied for it. Peter encouraged me and provided support for my promotion to full professor. I am deeply grateful to James and Peter for their mentoring and support.

I moved to the metropolitan Kansas City area in 2017. I reside in Overland Park, KS near immediate family and divide my time in retirement between my children and grandchildren in Kansas and California.