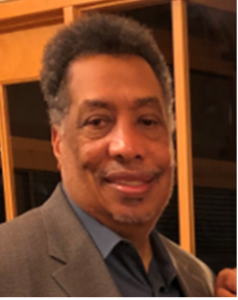 Robert Joseph Taylor, MSW, PhD, FGSA, is the recipient of the Inaugural James Jackson Outstanding Mentor Award from the Gerontological Society of American for 2021. This award recognizes outstanding commitment and dedication to mentoring minority researchers in the field of aging. As a recent indication of that commitment, Dr. Taylor conceived, organized, and directed an innovative Summer Mentoring Workshop for doctoral students this past June. Drs. Khari Brown and Amanda Woodward, also Co-Leads of MCUAAAR’s Research and Education Core (REC), assisted Dr. Taylor in planning the Workshop. They were joined by 26 other faculty members who participated in the Workshop leading small group discussions, providing feedback on student presentations, and mentoring students. From around the country, the participants included 15 students doing research on American Indian/Alaska Native, 45 students whose research focus is Latinx populations, and 71 students who conduct research on African Americans. These 131 students were highly engaged throughout the intense three-day Workshop, even though it was held virtually.

The GSA changed the name of its Minority Issues in Gerontology Outstanding Mentorship Award to the James Jackson Outstanding Mentor Award in May of this year in honor of the late James S. Jackson, PhD, FGSA, who was a pioneering psychologist in the fields of race and racism, and the impact of racial disparities on minority health. Throughout his career, Dr. Jackson mentored numerous students, postdoctoral scholars, and junior faculty. His role in mentoring several generations of African American scholars cannot be overstated, both for its contribution to diversifying academia and enhancing knowledge on race and ethnicity in the U.S. James himself was a previous recipient of the GSA Mentorship Award.

Robert Joseph Taylor is the Harold R. Johnson Endowed Professor of Social Work and the Sheila Feld Collegiate Professor of Social Work. He is also the Director of the Program for Research on Black Americans at the Institute for Social Research and the current principal investigator for MCUAAAR. Professor Taylor has published extensively on the informal social support networks (i.e., family, friends, and church members) of adult and elderly Black Americans. An article by Thyer in the Journal of Social Service Research finds that Robert Joseph Taylor is the #15 most influential social work faculty (out of 2204 faculty) based on H-index. An article by Kimberly Y. Huggins-Hoyt in the journal, Research on Social Work Practice, found that he was the #1 cited African American faculty member in the field of Social Work. Robert Joseph Taylor has been principal investigator of several grants from the National Institute on Aging that examine the role of religion in the lives of Black and White elderly adults.