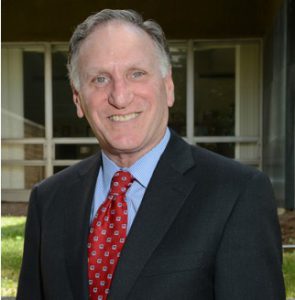 Peter A. Lichtenberg, PhD, ABPP, FGSA, director of the Institute of Gerontology and the Merrill Palmer Skillman Institute, as well as Distinguished Professor of Psychology at Wayne State University, has been installed as the new president of The Gerontological Society of America (GSA), the nation’s largest interdisciplinary organization devoted to the field of aging. He was elected by GSA’s membership, which consists of more than 5,500 researchers, educators, practitioners, and other professionals. As president, he will oversee matters of GSA’s governance and strategic planning, while also managing the program for GSA’s 2022 Annual Scientific Meeting. He has chosen “Embracing Our Diversity. Enriching Our Discovery. Reimagining Aging.” as the theme for this conference, which will take place in Indianapolis, Indiana, from November 2 to 6.

Dr. Lichtenberg, received his bachelor’s degree from Washington University in St. Louis, and his Master’s and doctorate in Clinical Psychology from Purdue University. After his internship he completed a postdoctoral fellowship in geriatric neuropsychology at the University of Virginia Medical School where he also became a faculty member. A clinician and researcher throughout his career Dr. Lichtenberg, one of the first board certified Clinical Geropsychologists in the nation, has made contributions to the practice of psychology across a variety of areas including in Alzheimer’s disease, medical rehabilitation and with those suffering from late life depression. He is particularly interested in the area of intersection between financial capacity and financial exploitation; finding ways to balance autonomy and protection for older adults. His work in this area led him to be a contributor to the 2008 Assessment of Diminished Capacity of Older Adults: A Handbook for Psychologists published jointly by the American Bar and American Psychological Associations. In 2013 he published the first nationally representative study on predictors of older adult scam victims. In 2015 he published the Lichtenberg Financial Decision Making Rating Scale, and the Lichtenberg Financial Decision Screening Scale, and has contributed several empirical studies on the scales since then. These tools can be used to assess major financial decisions and/or transactions of older adults. He has authored 7 books and over 180 scientific articles in Geropsychology including being the senior editor for the American Psychological Association’s Handbook of Clinical Geropsychology.

He has been one of the Directors of the Michigan Center for Urban African American Aging Research (MCUAAAR) since its inception.